According to a piece by the BBC, how long someone lives can vary by as much as 11 years when comparing the the difference between someone living in a poor district, and a more prosperous suburb of a city.

The city used in the example was Newcastle upon Tyne, where Newcastle University has it’s world-leading Biomedical Research Centre in Ageing, that specialises in Ageing and Geriatrics.  They have conducted a lot of research studies and found on the whole that:-

Every day that goes by, life expectancy in Britain goes up by five hours.

Year after year, decade after decade 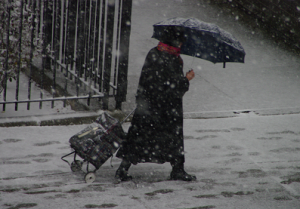 So even though as a whole we are living longer, there is still a big disparity between how long people are living, and it does seem to depend on where they live.

Longevity by itself isn’t really a useful measure because someone could need lots of medical interventions but live longer and be bed bound, rather than someone else who doesn’t live as long but lives a lot of life in the time they do have.

“It’s not the years in your life that count, it’s the life in your years.”

In that regard I would wish that more people nipped their struggles in the bud and just got in touch to arrange for a stairs assessment with regards to getting a quote for a stair lift.  Older people, like me, tend to not want to cause a fuss for others, and just soldier on regardless, but the fact of the matter remains, that life could be a little bit or often a lot easier, if we would take the necessary steps to make life less uncomfortable than it needs to be.

I have lost count of the many hundreds if not thousands of people over the years who have told me that they wished they had purchased much loved items earlier in life, when they first started finding things difficult or painful.

They can always afford to buy. They just thought that they had to be in a really bad way to need a piece of equipment to help them stand and sit, like a riser recliner, or travel safer upstairs with a stair lift.  That is plain wrong.  Remember Abraham Lincoln – make the best of the years you have – in comfort and safety.

No-one gets a medal for suffering with the complaints of old age.

Call me today on 0800 007 5050 and I can advise you on what may help you the most.  Be assured that whatever your postcode you will get the same high standards of service from us.