According to reports from the USA X Factor team, three staff back stage at the studio in Los Angeles were hurt when an out of control lift crashed into them.

The show which was being broadcast live from CBS Television City featured American rapper 50 Cent, who unaware of the mayhem backstage, performed for the 700 strong crowd who had gathered at the venue for the finale.

The device knocked into two staff members and then knocked another one right off their feet. They were all taken to Cedars-Sinai Medical Center by paramedics and were reportedly shaken by the ordeal, but not seriously injured. 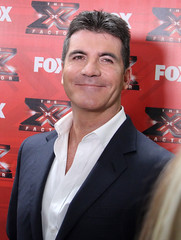 It is not known how exactly the injuries occurred or which company was responsible for installing the stairlift in the first place.

This story highlights the importance of always using a professional installer and keep all units maintained under a service and warranty schedule.

Disclaimer: We are not suggesting the lift in this news article wasn’t installed professionally, merely that it is important to make sure that you do so for your own home, and for total peace of mind.